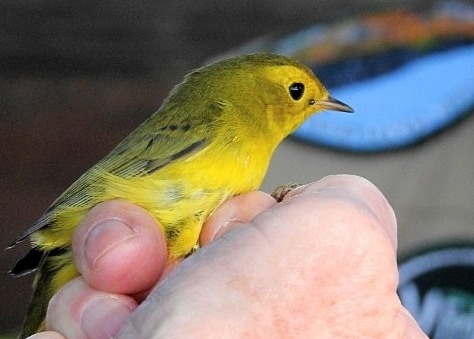 With the emerging and rapidly expanding issues of Lyme and other tick-borne diseases nationwide, citizen science can be a powerful tool to start answering questions and filling in the gaps of knowledge. See what we are doing here in Colorado and learn how you can participate in nationwide efforts!

Studies in both the US and Canada have shown that wild birds are important concern for both transport of tick species and as host reservoirs of tick borne infections. In 2016, COTBDAA launched a study in collaboration with Bird Conservancy of the Rockies to determine which, if any, ticks and tick-borne diseases birds may be transporting in Colorado. We are grateful for the tick identifications that have been conducted by (late) Dr. Nate Nieto from Nieto Lab at Northern Arizona University,  Dr. H. Joel Hutcheson, former USDA, National Veterinary Services Laboratory Entomologist, and Will Reeves, USDA, APHIS Entomologist.

Our community members and cooperators at “Gone to the Dogs” were busy in 2017 providing COTBDAA tick specimens collected from their canine companions. Our first specimens arrived in May, though other community members had been experiencing tick encounters throughout March and April. The submission of tick specimens waned at the end of June. Tick species collected from dogs included the Brown dog tick (Rhipicephalus sanguineus), Rocky Mountain Wood Tick (Dermacentor andersoni), Rotund Tick (Ixodes kingi), and American dog tick (Dermacentor variabilis), with Rocky Mountain wood ticks being most common.  Rocky Mountain wood ticks were also collected from horses. These ticks were forwarded to former, USDA, National Veterinary Services Laboratory (NVSL) Entomologist, Dr. H. Joel Hutcheson for identification.

Participating with Citizen scientists from across the country. Ticknology is providing fast and reliable tick testing results and then sharing data with individuals and communities in need of the awareness for tick-borne disease risk personally and within communities.

In November 2017, two blacklegged ticks (Ixodes scapularis) were collected by our cooperators at “Gone to the Dogs” from two separate canines. Both dogs had a recent travel history from Arkansas and Indiana respectively. These ticks were forwarded to Entomologist, Dr. H. Joel Hutcheson for identification, and then tested for multiple pathogens at Ticknology.  The tick collected from the dog that had traveled from Indiana tested positive for Borrelia burgdorferi, the causative agent of Lyme disease.

Collaborators from Colorado Wild Rabbit Foundation also provided specimens in 2018 collected from rabbits that have been transported to their facility in need of rehabilitation or care. Three ticks, one Ixodes spinipalpus and two rabbit ticks (Haemaphysalis leporispalustris) were identified by Canadian researcher, John Scott, and then tested for multiple pathogens at Ticknology. The I. spinipalpis was positive for Borrelia species, Borrelia burgdorferi sensu lato (Bb s.l.) and Anaplasma phagocytophilum. One of the two rabbit ticks was also positive for just Anaplasma phagocytophilum.  These ticks had been co-feeding on the same rabbit.  Follow-up with DNA sequencing have confirmed the infections of Bb s.l and A. phagocytophilum. For Bb s.l., Ticknology sequenced the 16-23s ribosomal RNA intergenic spacer region. It was 77% identical to Bb strains B331, B31 and many others. However, it contains a 100 bp insertion that does not match anything in the database. Thus, they may have found a novel or uncharacterized strain of Bb s.l. in Colorado.  Findings were presented by Dr. Heather Szerlong at the 2018 LivLyme Summit, Denver. More work needs to be done.

The Colorado Department of Public Health and Environment has launched the Citizen Scientist Tick Surveillance Project. By sending your tick, you are helping them better understand what types of ticks we have in our state and where they are located. An entomologist will determine the species of the submitted tick, however ticks will not be tested for pathogens. The Colorado Department of Public Health and Environment will not routinely follow up with submitters to discuss the tick they submitted. For questions, email CDPHE Medical Entomologist Dr. Chris Roundy at chris.roundy@state.co.us.

LivLymeFoundation is excited to announce a new FREE app called TickTracker. This app allows you to track & report ticks in real-time with geolocation. TickTracker also educates about ticks, tick-borne diseases, the proper way to remove a tick & resources to help you stay safe. The data collected will help determine tick-borne disease outbreaks, tick migration, and tick data so that we can send alerts to our users. Visit TickTracker to download the app!

TickEncounter is keeping track of tick encounters, and they need all of the TickSpotters they can get! Thousands of citizen scientists are submitting REAL data that’s helping drive tick awareness tools. Millions of people across North America encounter various types and stages of ticks every year. Pets are even more at risk. By recording location and date, and submitting an identification or picture, you can improve tick bite risk warning systems to bring seasonally and spatially relevant prevention messages to the broadest audience possible.

Bay Area Lyme Foundation (BALF) initiated a National tick testing study in 2016. This program was NOT INTENDED FOR CLINICAL DECISIONS NOR AS A DIAGNOSTIC TOOL. The six pathogens that they tested for included: Borrelia burgdorferi, Borrelia miyamotoi, Babesia microti, Anaplasma phagocytophilum, and Ehrlichia chafeensis. Ticks are tested based on known incidence of these pathogens. Their hope is that by collecting this data, they may be able to predict where risk of disease is most common.  Read report published in 2018 by BALF here.

MyLymeData is a patient powered research project by LymeDisease.Org. It was conceived by patients, is run by patients, and addresses the issues that patients care about. It lets Lyme disease patients learn from each other and provides data that can help drive research to improve their lives. It is a new survey tool that tracks patient progress over time. It allows patients to use today’s computer technology to quickly and privately pool diagnosis and treatment experiences. LDO used results from MyLymeData for a poster presentation at the Lyme Disease Association/Columbia CME conference in St. Paul Minnesota in 2016. They also demonstrated the variable reporting of Lyme disease through various surveillance sources in Colorado.  Adding your data to MyLymeData will more accurately reflect Colorado Lyme numbers. Register for MyLymeData here! 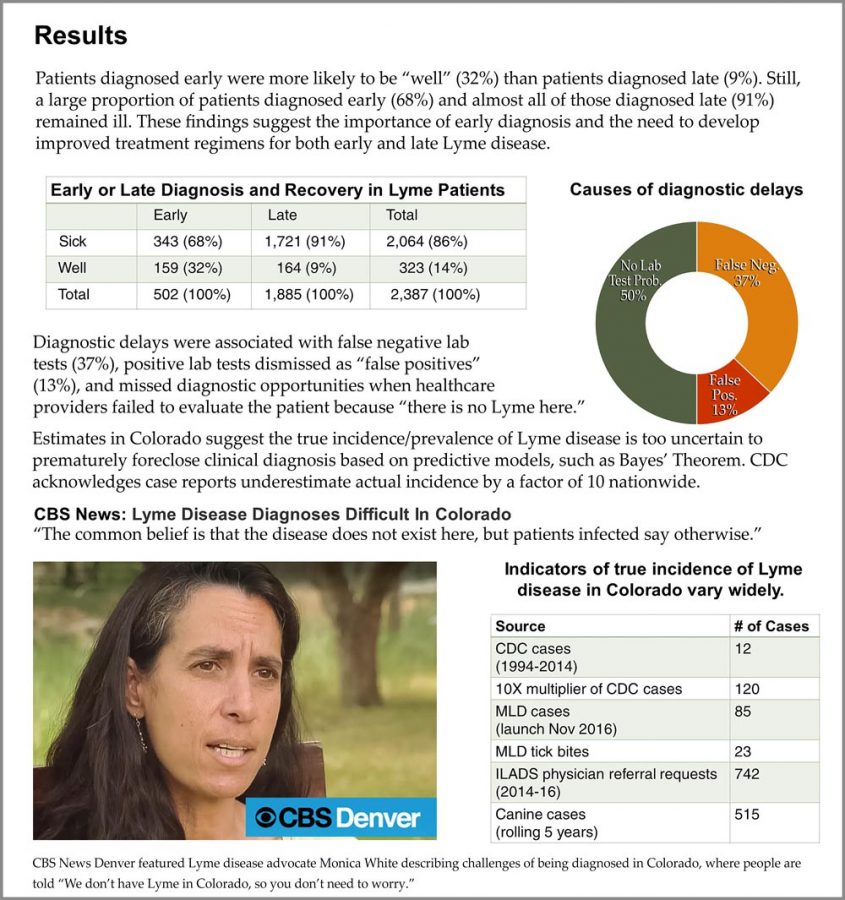