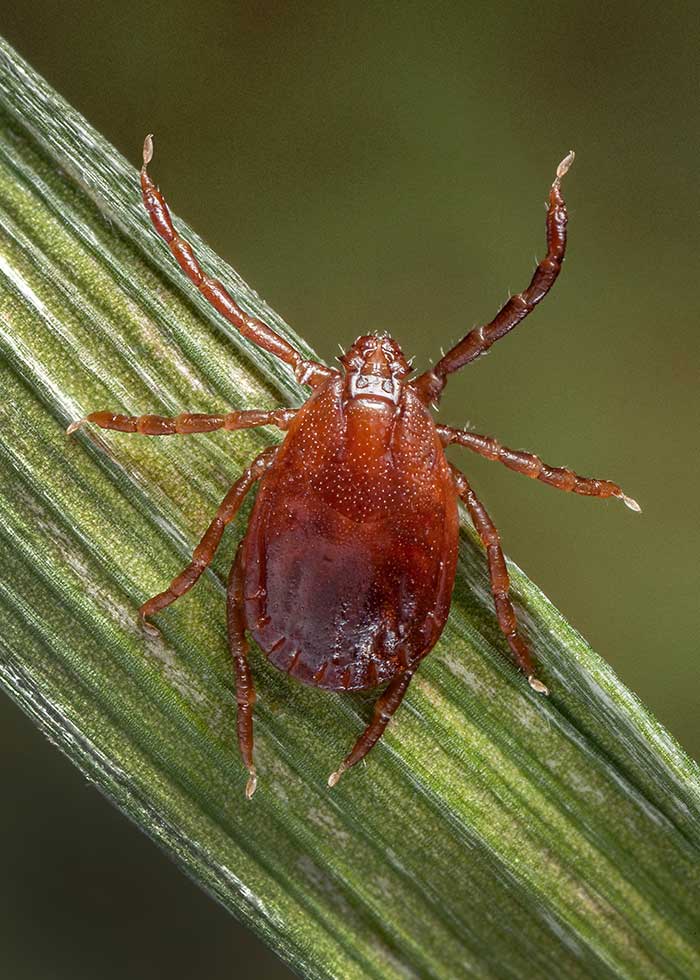 Haemaphysalis longicornis, the Asian longhorned tick, is now established in the United States. The longhorned tick is native to eastern China, Japan, the Russian Far East, and Korea. It is an introduced/established exotic species in Australia/New Zealand and several island nations in the western Pacific Region. This invasive species was first was confirmed in the United States in November 2017 following its discovery by collection from a domestic sheep and its caregiver in Hunterdon County, New Jersey. During follow-up surveys in spring of 2018, the longhorned tick was found in the environment in and around the original sheep paddock in Hunterdon County, and also on wild opossum, raccoon, and white-tailed deer collected in the area. These findings confirmed that the tick overwintered and is also utilizing wildlife hosts. Since that time, H. longicornis has now been confirmed in several eastern United States. Two native Haemaphysalis species exist in the United States: H. leporispalustris (rabbit tick) and H. chordeilis (bird tick), and it is now known that several previous identifications of rabbit ticks dating back to 2010 have been recently re-evaluated and confirmed as longhorned ticks. This discovery means that this exotic tick likely has been established for at least a decade. More research is being done.

The Southeastern Cooperative Wildlife Disease Study (SCWDS) at the University of Georgia’s College of Veterinary Medicine has developed a website with an interactive map of H. longicornis distribution that is updated weekly and can be accessed here.

The list of confirmed hosts for this species in the US is growing and now includes cattle, domestic goats and sheep, horses, cats, dogs, white-tailed deer, opossums, raccoons, and humans.

Haemaphysalis longicornis is a competent vector of numerous human, domestic, and wild animal pathogens. Asian longhorned ticks are considered a possible vector for Severe Fever with Thrombocytopenia Syndrome Virus (SFTSV), which is an emerging infectious disease in China. Asian longhorned ticks collected in Asia have also been found carrying pathogens that are similar to some of those that occur in the US, like the bacteria that cause anaplasmosis and ehrlichiosis, the parasite that causes babesiosis, and the Powassan virus. It is unclear how H. longicornis in the US will interact with pathogens and hosts in North American ecosystems, and risk to human and animal health is a concern.

The CDC has been evaluating what pathogens in the United States this tick can become infected with and transmit. The findings of this research includes:

Surveillance of this highly invasive tick species is crucial for identifying distribution and potential as a threat to human, pet or livestock health.  Confirmatory ID by DNA sequencing is now available at Ticknology Lab in Fort Collins, Colorado. 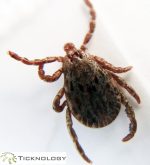