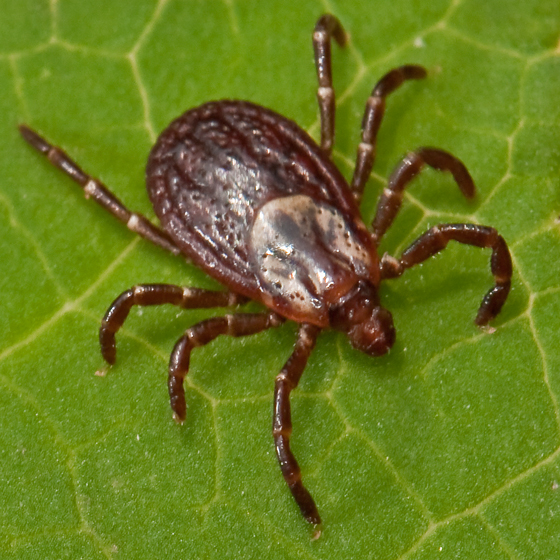 This hard tick has a disjunct geographic distribution in North America. It has a western distribution on the Pacific Coast and an extensive eastern distribution that extends from Canada to the Gulf of Mexico, west into Kansas, Nebraska and Colorado. , which includes a western distribution along the Pacific Coast of the USA and an eastern distribution that extends from southeastern Canada south to the Gulf of Mexico and west into Kansas, North Dakota, Nebraska, South Dakota, Texas, and eastern CO. It may also be established in Alaska and southern British Columbia. Recent records have been collected from both humans and dogs with no recent travel history in Alaska, raising concern about establishment of this tick in this previously non indigenous area.

Hosts of this species are mostly medium-sized and large mammals for adult stage, including dogs and humans. Immature stages usually feed on rodents but may also feed on birds. It is a frequent human biter, most commonly from adult female ticks, with the highest risk occurring during the spring and summer months.

In addition to occasionally causing tick paralysis, this species is an important vector of the agents of Rocky Mountain spotted fever; bovine anaplasmosis; babesian equine piroplasmosis, and theilerian equine piroplasmosis, Theileria equi (Laveran) (Theileriidae). It is an experimental vector of the agent of tularemia. The agents of human granulocytic anaplasmosis (Anaplasma phagocytophilum) and human monocytic ehrlichiosis (Ehrlichia chaffeensis) have been isolated in questing D. variabilis from CA, but its vector competence for these pathogens is not yet known.

This species is a vector of the agents of Rocky Mountain spotted fever, human granulocytic anaplasmosis (HGA), human monocytic ehrlichiosis (HME), and Tularemia. It has also been responsible for causing tick paralysis in some hosts.

American dog tick distribution in US: 2019