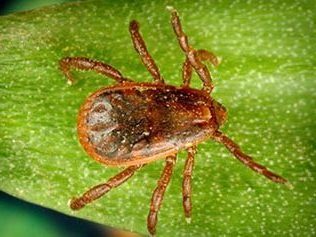 This “species” of hard tick has a cosmopolitan distribution, including collection records from every state in the USA, via its association with domestic dogs. Recent studies suggest it is actually a complex of multiple species, some of which have not yet been described.  In CO, this tick may be associated with domestic dogs recently brought in from out-of-state, but established local infestations may persist indoors anywhere (e.g., kennels). This tick is unusual in that it is able to complete its entire life cycle indoors and has been shown to imbibe water directly, rather than having to use saliva to gather moisture from the air, as do other tick species. Unlike most other hard ticks, eggs of this tick are laid inside or near housing areas of animals (kennels), and in cracks and crevices of buildings, rather than outside under vegetation.

In the US, host species are primarily dogs, but occasionally other mammals, including humans. Outside the US, this tick commonly infests a variety of domestic and wild mammals.

Brown dog tick distribution in US: 2019