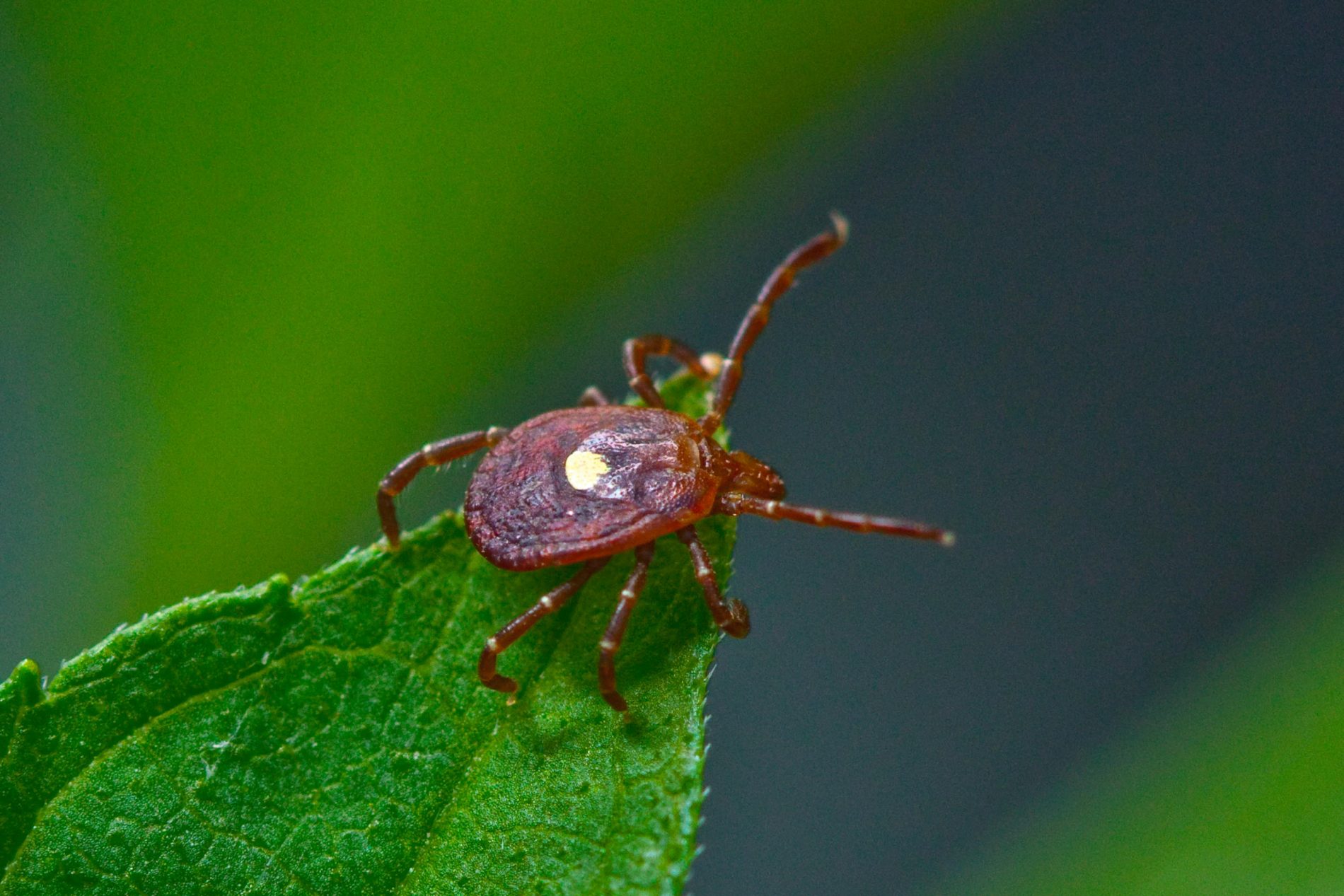 The lone star tick, has a long record of occasional introductions to Colorado, usually arriving on animals traveling with their owners from the eastern or midwestern USA, where it has an extensive and expanding distribution, from Florida north to Maine and west to Nebraska and Texas. It also occurs in the northern states of Mexico. This hard tick is not yet known as an established resident in Colorado. This tick is high risk as an invasive species as demonstrated by its recent expansion to the northeastern region of the country. The adult female is distinguished by a white dot or “lone star” on her back.

Hosts of this species include a wide variety of mammals and ground-dwelling birds, and humans. The nymph and adult females are the most common biters. This is an aggressive tick that actively seeks hosts and frequently bites humans.

The lone star tick may transmit the agents of canine and human monocytic ehrlichiosis (HME), canine and human granulocytic ehrlichiosis (HGE), Tularemia, Q-fever and southern tick-associated rash illness (STARI).  It has also been implicated in transmission of the Heartland and Bourbon viruses, and other Lyme-like illnesses. The bite of this tick may cause potentially fatal host paralysis via toxins in their saliva, as well as Alpha-gal syndrome or “meat allergies” is occurring in a growing number of people.