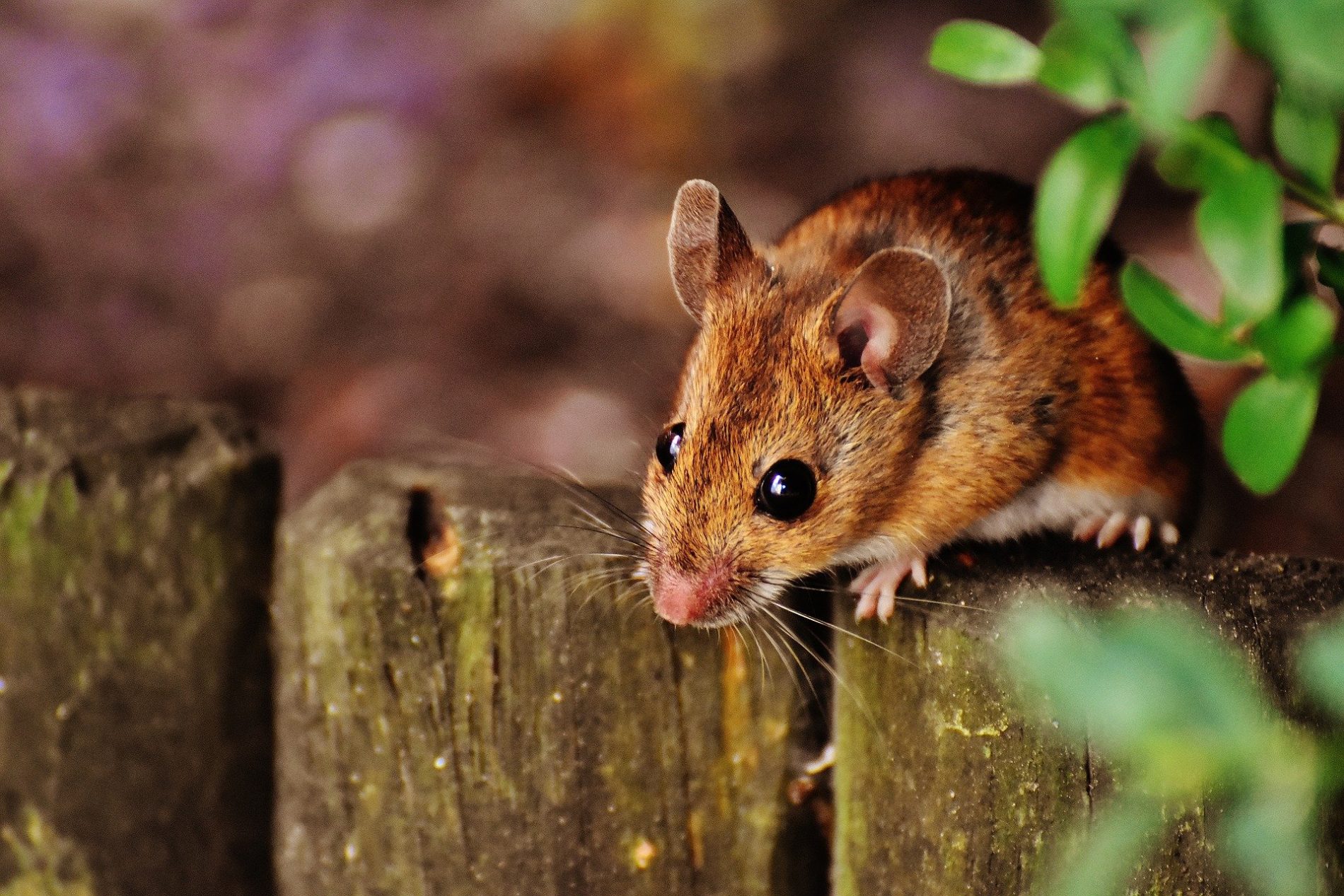 Babesiosis, is an infection with the malaria-like protozoan Babesia that parasitizes and reproduces within mammalian red blood cells. It has been recognized as a disease in both wild and domestic animals such as cattle, horses, and sheep for many years however, it wasn’t until the late 1960s, that the first North American human cases appeared on Nantucket Island. The CDC reports growing incidence, and the disease is now recognized as an emerging and serious zoonotic infection in the United States. Over 100 distinct species have since been identified within the Babesia genus, though only a few of these are currently known to be human pathogens including, but not limited to, B. microti, B. divergens, B. duncani and a currently un-named strain B. divergens-like-MO-1.

In the United States:

Babesiosis has also been reported in North and South America, Europe, and southern and eastern Asia. B. divergens being one such agent, a natural pathogen of cattle, and the main pathogen of human babesiosis in Europe.

Babesia have a complex life cycle involving several different stages and physical forms and are maintained in nature primarily through exchange between Ixodes ticks and various mammals.

Most human cases of babesiosis in the U.S. are caused by Babesia microti which is transmitted most commonly by the bite of the black legged tick, Ixodes scapularis and Ixodes pacificus, usually at the nymphal stage. Because the size of these ticks are so small, “poppy seed”, many people that contract Babesia do not recall a tick bite. These are the same ticks that transmit Lyme disease and anaplasmosis and co-infection is possible. Because of the similarity in hosts (primarily mice) and vectors, babesiosis is reported in the same geographic areas as Lyme disease including the Northeast, upper Midwest states and West coast.

B. duncani was thought to be restricted to the west coast of the U.S. but recent reports find evidence of potential B. duncani infections in the northeastern US.  Transmission is less well understood in cases reported in the Western US, primarily in California, Oregon and Washington.  The first reported case of human babesiosis caused by B. duncani was described in 1991 although it wasn’t until recently that studies have identified the winter tick, Dermacentor albipictus, as the main vector of B. duncani transmission, with the mule deer being the main mammalian host.

Although primarily transmitted by a tick bite, babesiosis can also be acquired via blood transfusion and maternal-fetal transmission (congenital babesiosis) during pregnancy or at birth. Blood banks across the US are not currently screening for this disease and it is a growing concern in areas where this disease is highly endemic.

Is Babesiosis in Colorado?

Babesiosis has been a nationally notifiable disease since 2011, although awareness of reporting requirements in non-endemic states is low. The number of babesiosis cases reported to the Centers for Disease Control and Prevention (CDC) has more than doubled, from 1124 in 2011 to over 2300 in 2017, and the number of states reporting babesiosis has increased from 18 to 31. Babesiosis is still not a reportable disease in Colorado and therefore incidence is not tracked, which leaves the true burden of disease in the state unknown.

The primary vectors for this disease in the US are the ticks I. scapularis and I. pacificus, which are not documented to occur endemically in Colorado. However, Ixodes spinipalpis, was discovered to be part of an endemic transmission cycle of Babesia microti in the foothills of the Rocky Mountains in Colorado. B. microti were found in both I. spinipalpis and the reservoir host Microtus ochrogaster (the prairie vole) in this 2001 study.  I. spinipalpis is documented as an occasional human biter. Though, I. spinipalpis has demonstrated questing behavior (outside of host nests) in other parts of the country where humidity is greater, risk for human disease transmission from these ticks is considered low in Colorado based on the nidicolous behavior (remaining within the host species nest) observed in the semi-arid environment of the foothills. Colorado is also home to the winter tick, Dermacentor albipictus, suspected in the transmission cycle for  B. duncani.  More research and surveillance is needed on the status of babesiosis and risk to human health in Colorado and throughout the US.

As blood banks do not currently screen for Babesia in the blood supply, Coloradans may acquire this disease through blood transfusion. Disease may also be acquired through maternal-fetal (congenital babesiosis) transmission.

What are the symptoms of Babesiosis?

Babesiosis manifests in a wide spectrum of disease severity. In people with intact immune systems, symptoms of babesiosis are non-specific and usually begin 1-6 weeks after an infected tick bite or through an infected blood transfusion. Some people that are infected are entirely asymptomatic. The disease is more severe in patients who are immunosuppressed, splenectomized, and/or elderly. Some species of Babesia, appear to be more virulent than others. Infections caused by B. divergens tend to be more severe (frequently fatal if not appropriately treated). Infections caused by B. duncani are proving more difficult to treat than B. microti.

When symptoms do occur, they are often similar to symptoms of the flu and include:

Most patients experience a viral-like illness. The course of the disease may last lasts weeks to several months, but some patients take even longer to recover. In patients with a complicating condition, such as underlying immunosuppression, the disease course can be severe and potentially fatal. Co-infection with Borrelia or Anaplasma may also complicate the clinical presentation and severity of the disease.

Some patients may develop enlarged livers or spleens. The most common serious complication of babesiosis is acute respiratory failure, but heart failure, liver and renal failure, disseminated intravascular coagulation and coma are also well-recognized severe manifestations of babesiosis.

How is Babesiosis Diagnosed?

Early symptoms of babesiosis are largely non-specific, making diagnosis difficult. A patient with recent travel to an endemic area, especially in the summer months, presenting with fever and viral-like illness may be suspect for this disease. Conventional blood tests can produce a pattern that suggests the diagnosis of babesisois.

Babesia organisms cause lysis of red blood cells. For patients that are acutely ill, findings on routine laboratory testing frequently include hemolytic anemia, lymphopenia and thrombocytopenia. Additional findings may also include proteinuria, hemoglobinuria, and elevated levels of liver enzymes, blood urea nitrogen, creatinine, serum lactate dehydrogenase, and erythrocyte sedimentation rate. For some adults, as well as children that contract Babesia congenitally, neutropenia has also been a finding.

In symptomatic people, babesiosis is diagnosed by examining blood specimens under a microscope and visualizing Babesia parasites inside red blood cells. A specialized reference laboratory (such as at CDC or a health department) may be used to confirm the diagnosis by blood-smear examination. Antibody detection tests may be useful for detecting infected individuals with very low levels of parasitemia (such as asymptomatic blood donors in transfusion-associated cases), for diagnosis after infection is cleared by therapy, and for discrimination between, malaria, (Plasmodium falciparum) and babesiosis infection in patients whose blood smear examinations are inconclusive and whose travel histories cannot exclude either parasite.

You may read more about Babesia in the US blood supply here.

Blood smears are used to visualize the Babesia parasite within the red cells of a patient’s blood. Giemsa or Wright stains are typically used in this process. In early illness, the infection rate of erythrocytes can be less than 1%, so multiple smears over a period of days may be needed to confirm the diagnosis. Babesia DNA can also be detected by polymerase chain reaction (PCR) in cases where smears are negative but the diagnosis is still suspected.

Immunofluorescence (IFA) of IgM and IgG antibodies testing may be used to confirm a babesiosis diagnosis. However, antibodies to Babesia organisms can remain high for months or years after clinical resolution of illness, so the test is not a reliable indicator of active infection.

In addition, the Babesia genus-specific FISH test supplements other existing laboratory methods for diagnosing babesiosis and may be particularly useful in resource-limited laboratories. In this recent study by Shah et al. it was found the FISH test detected Babesia duncani and Babesia microti, two common species that cause human infections in the USA, and other Babesia species of human and veterinary importance in less than two hours.

A combination therapy with atovaquone (Mepron) and azithromycin is most commonly used for treatment of mild to moderate babesiosis. A combination therapy of oral clindamycin and quinine has also been proven effective, but the rate of adverse reactions is significantly higher.

For patients with severe babesiosis, intravenous clindamycin and (oral) quinine may be used. In patients with underlying immunosuppression and persistent signs and symptoms, studies have shown an association between longer treatment duration and a positive outcome.

Recent study results show B. duncani to have low susceptibility to the four drugs recommended for treatment of human babesiosis and suggest that current practices are of limited effect in treating the disease.

For those patients co-infected with Lyme disease and/or anaplasmosis treatment may be more complex.

IDSA has recently published: Clinical Practice Guidelines by the Infectious Diseases Society of America (IDSA): 2020 Guideline on Diagnosis and Management of Babesiosis.

A Fluorescence In Situ Hybridization (FISH) Test for Diagnosing Babesiosis